Granola is great eaten as cereal, sprinkled on applesauce, or parfaited (that's a word, right?) with yogurt and berries.  Mix and match your add ins to make it how YOU want it! That is the original recipe.  It can be switched up many ways.  My photos reflect a granola made without the berries, coconut, or almonds.  I instead used pecans and left out the others.  You can add milled flax, raisins, craisins, walnuts, whatever your heart/taste desires!

Mix dry ingredients and wet ingredients separate the mix together.  Make sure all the dry ingredients are coated well.  Dump onto 2 large jelly roll pans.  Bake for 20-30 minutes at 325 degrees stirring every 5-10 minutes.   If you don't stir, parts of it will want to burn. 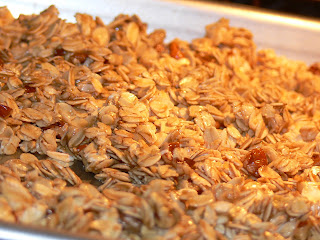 Your granola should be a nice golden brown.  It will still seem sticky but will dry out as it cools.  As it cools I continue to stir it now and then. We store in the cupboard in a half gallon jar. 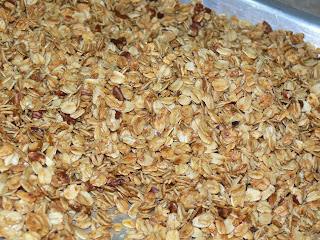 My husband eats his with our homemade vanilla goat yogurt and frozen blueberries. 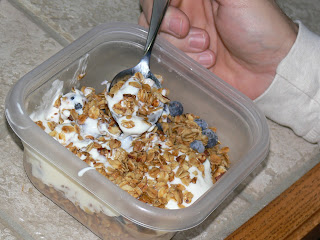 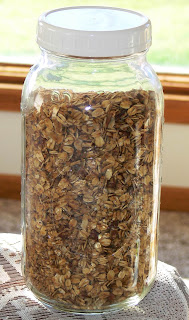 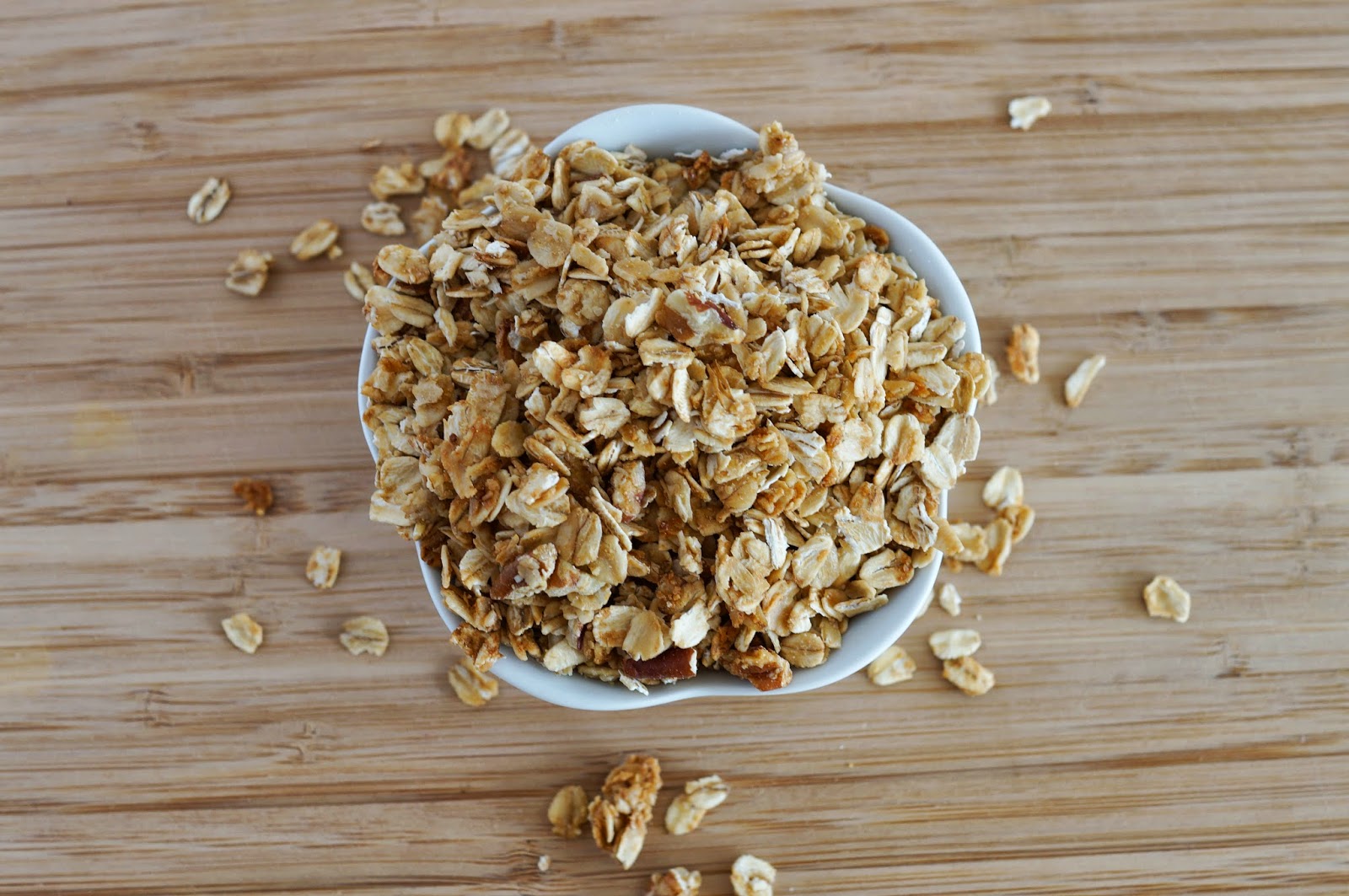 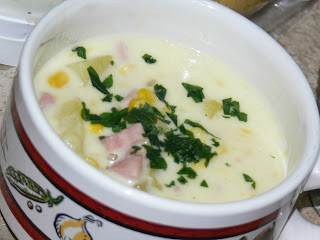 drizzle of olive oil
1 cup onion diced
1-1/2 - 2 lbs ham, chopped
4 cups chicken broth
2 cans creamed corn
2 cups whole corn, drained (or you can use 1 can drained)
3-4 cups Yukon gold potatoes, scrubbed and chopped (use more or less as you like)
4 cups milk (or half and half)
6 Tablespoons butter
8 Tablespoons flour
Fresh parsley
Salt/Pepper (to taste)

Drizzle olive oil into soup pot and cook onions until translucent.  I try not to brown mine but it's ok if it does. Add ham and stir to heat through. 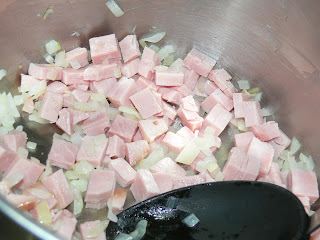 Add broth, both corns, and potatoes.  Bring to boil and simmer until potatoes are done.  My Yukons take longer than russet potatoes and seem to differ each time.  You'll need to pull a piece out and test it. 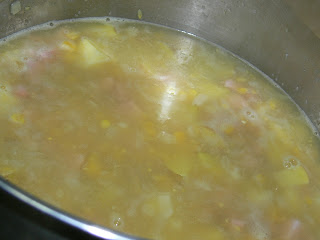 Add milk.  I use our goat's milk which is very creamy so you could use half and half or whole milk if you want a richer soup.  Otherwise 2% or less would be ok as well. 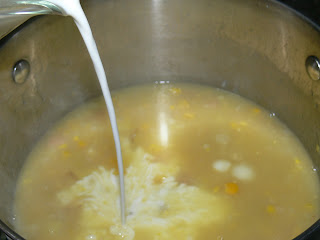 While the milk in the soup is heating up make a roux in a small sauce pan.  This is done by melting the butter and whisking in the flour.  Let it cook for about a minute then whisk into the soup. This will thicken your soup.  If you use russets you could leave out some or all of the roux and just smash your potatoes with a potato masher. Yukon golds don't break down much so I needed the roux in mine. 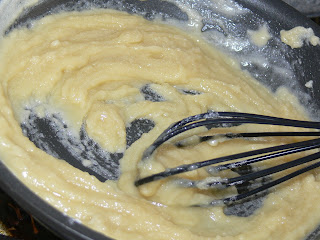 I added a sprinkle of fresh parsley on my soup the first time we make it and after that I added it to the whole soup. I didn't add salt to ours as the ham had enough.

Feel free to experiment with flavors as you like!