Quark?  That's that character from Star Trek, right?  Sure, that's his name but today I am talking dairy!

I first discovered quark in Munich, Germany.  Although at the time I didn't really know what it was.  I just knew that I had been seeing the runnier, semi sour European yogurts up until that point in my trip.  This one was drizzled with walnuts and honey and looked thicker. I took a small scoop to try.  It was so delicious!  Super creamy and just a little sweet.  I was pleasantly surprised.

I belong to a German page on Facebook and one day she was discussing this treat called "quark."  I was pretty sure then that it was what I had in Munich.  I set out to see if I could make it from my goat milk.  I found a few recipes for using cultures and this is what I came up with.  Every milk is a little different so you may have to play with the draining times to get what you want but it is easy to make so give it a go!

We'll still make our runnier type of goat yogurt for smoothies but this is my new go to thick yogurt type of recipe!  I also found that if I don't sweeten it that it works similar to sour cream.  I plan to try it with a baked potato soon.  I read that the un-thinned version can be used like cream cheese for käsekuchen (cheesecake.)  Maybe we'll have a go at that too! 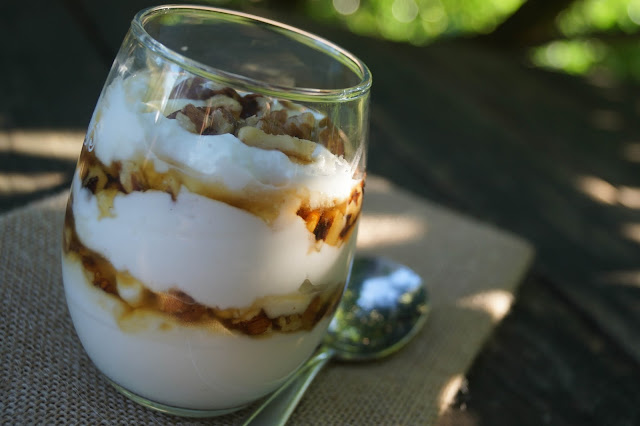 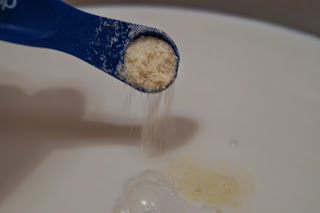 You will see then that the curd has separated from the whey. 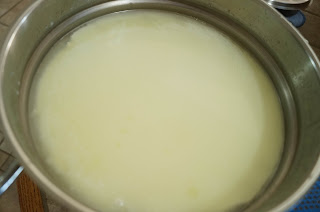 I have drained a bit of the whey off so you can see it better.  Although it looks firm it is soft. 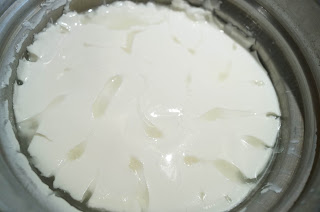 Dump curds into a double layer of cheesecloth and allow to hang and drain for about 4 hours. 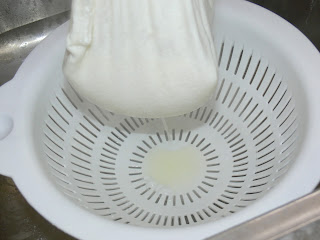 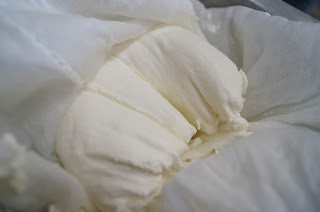 This photo is of it in a bowl, spread out a little bit more. 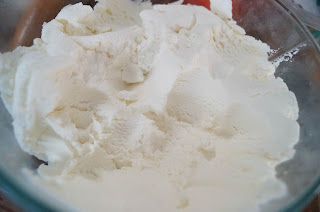 To get the quark to a consistency we like to eat I added in a little bit of whole milk.  You can add cream but I think it would be too rich.  My proportions I prefer are 3 tablespoons quark to 2 tablespoons whole milk. 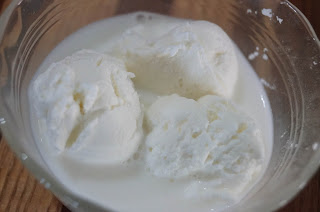 It is super smooth and creamy.  You can add in honey or maple syrup for a sweetener now or 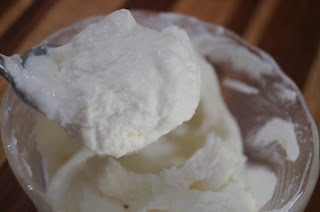 add them in as layer to a parfait with pecans or walnuts. 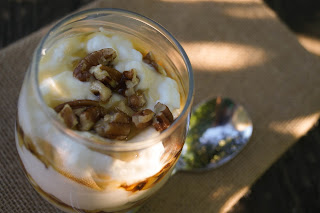 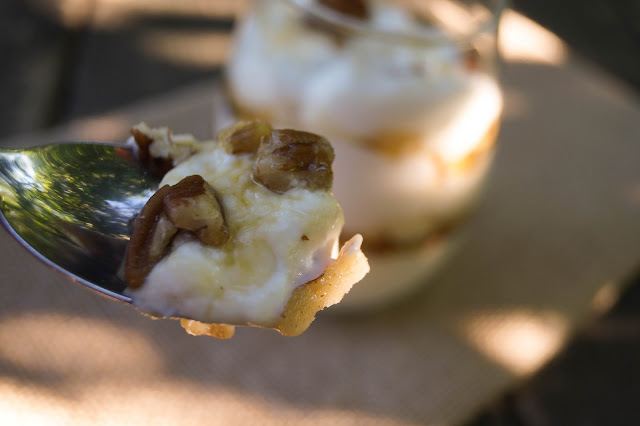 * I tried this with Kalona Supernatural Whole milk and it worked great.  They don't ultra pasteurize their milk.
at 10:03 AM