We purchased an apple press this year and are pressing our own apple cider.  I mentioned this to someone and she told me about apple cider donuts.  Intrigued, I looked them up.  I decided I must make them!  I have tweaked my Baked Eggnog Mini Donuts with Eggnog Glaze recipe to include the flavors of fall.  Careful, they are addicting, especially warm.  I had downed a half dozen before I knew it.  Good thing I made them mini size!

As an after thought I thought an apple cider glaze instead of a cinnamon and sugar dusting might be lovely so I have included ingredients for that also. 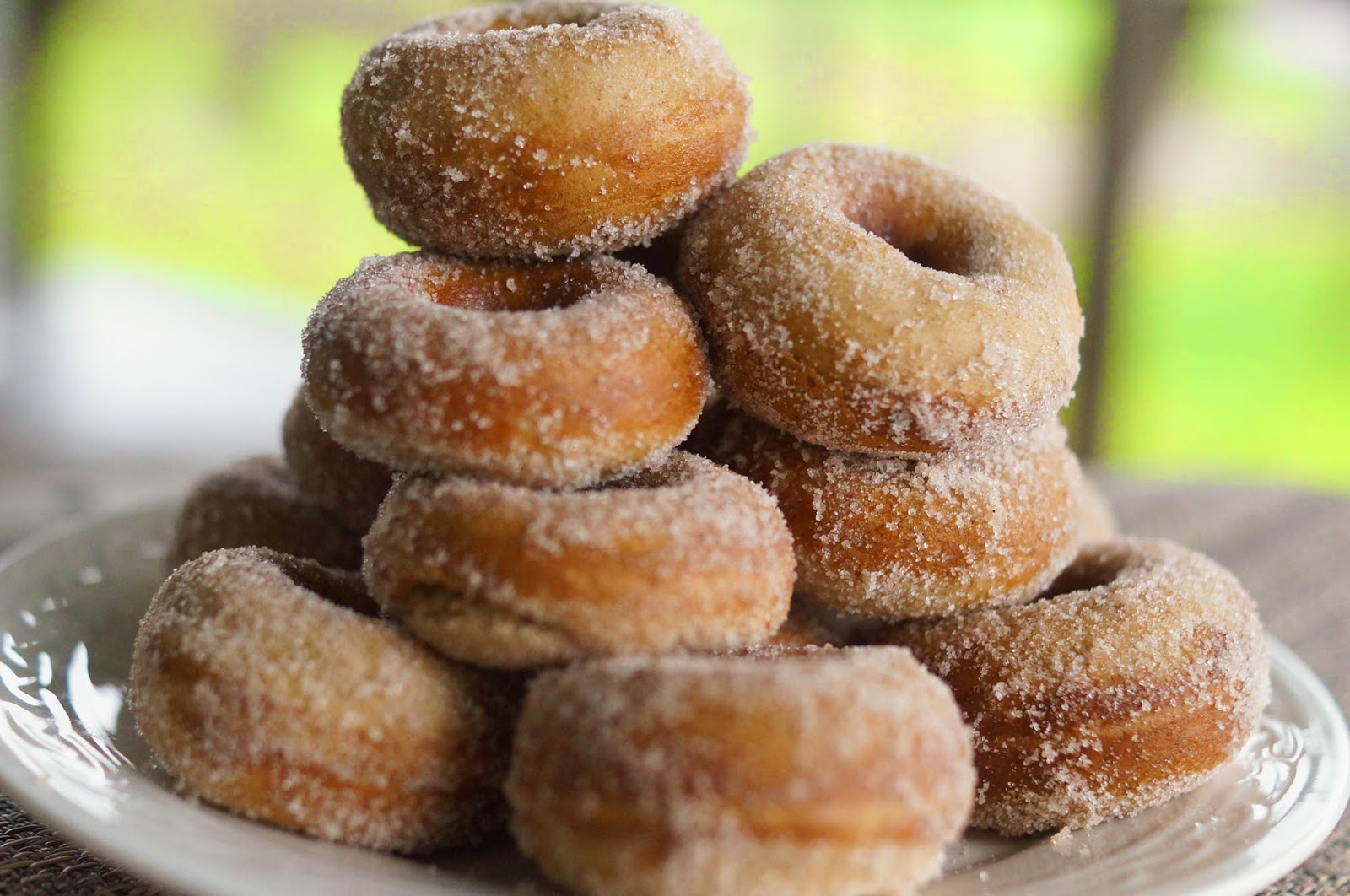 Boil apple cider in small sauce pan until reduced to a little less than 2/3 cup liquid. 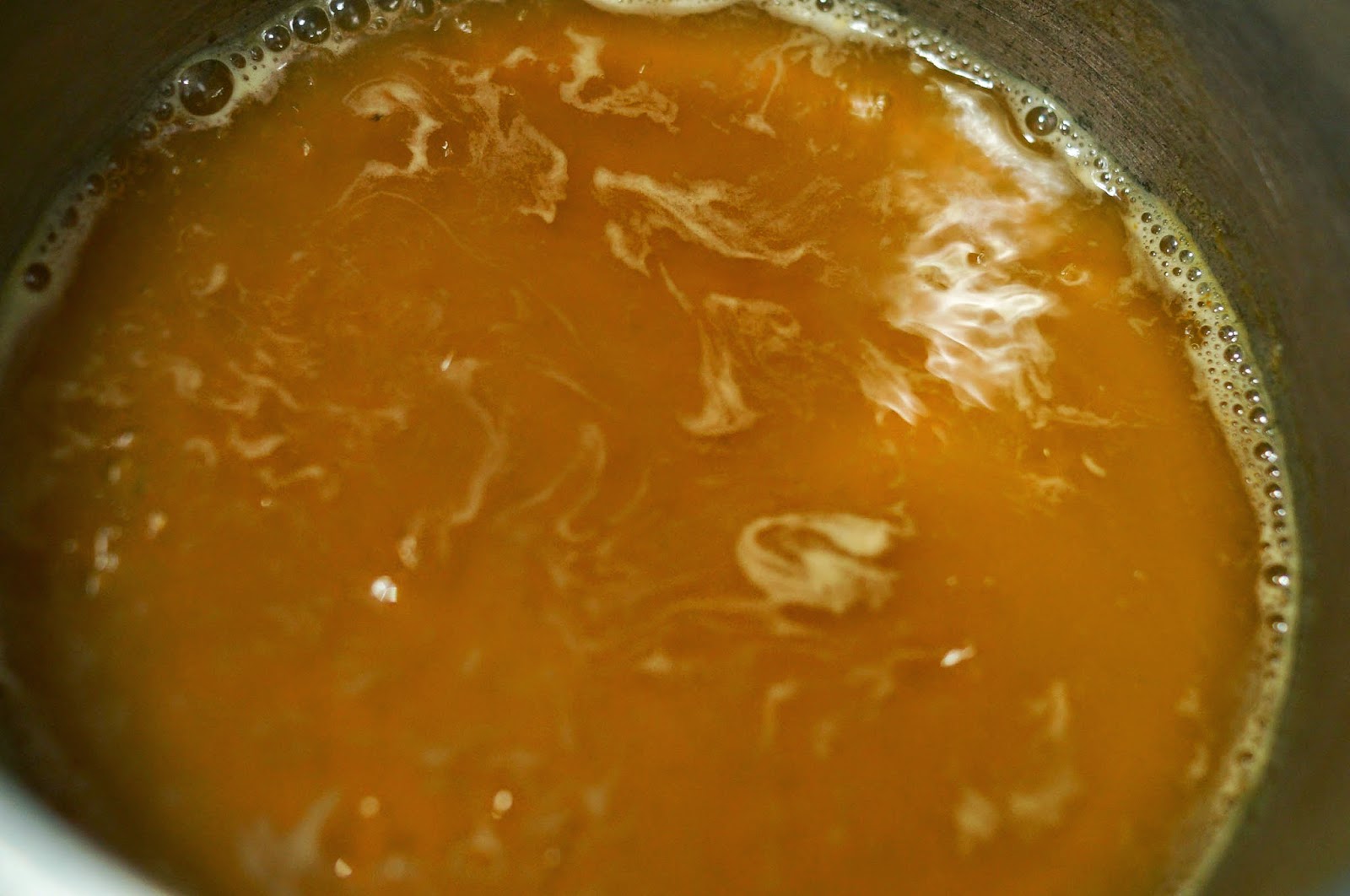 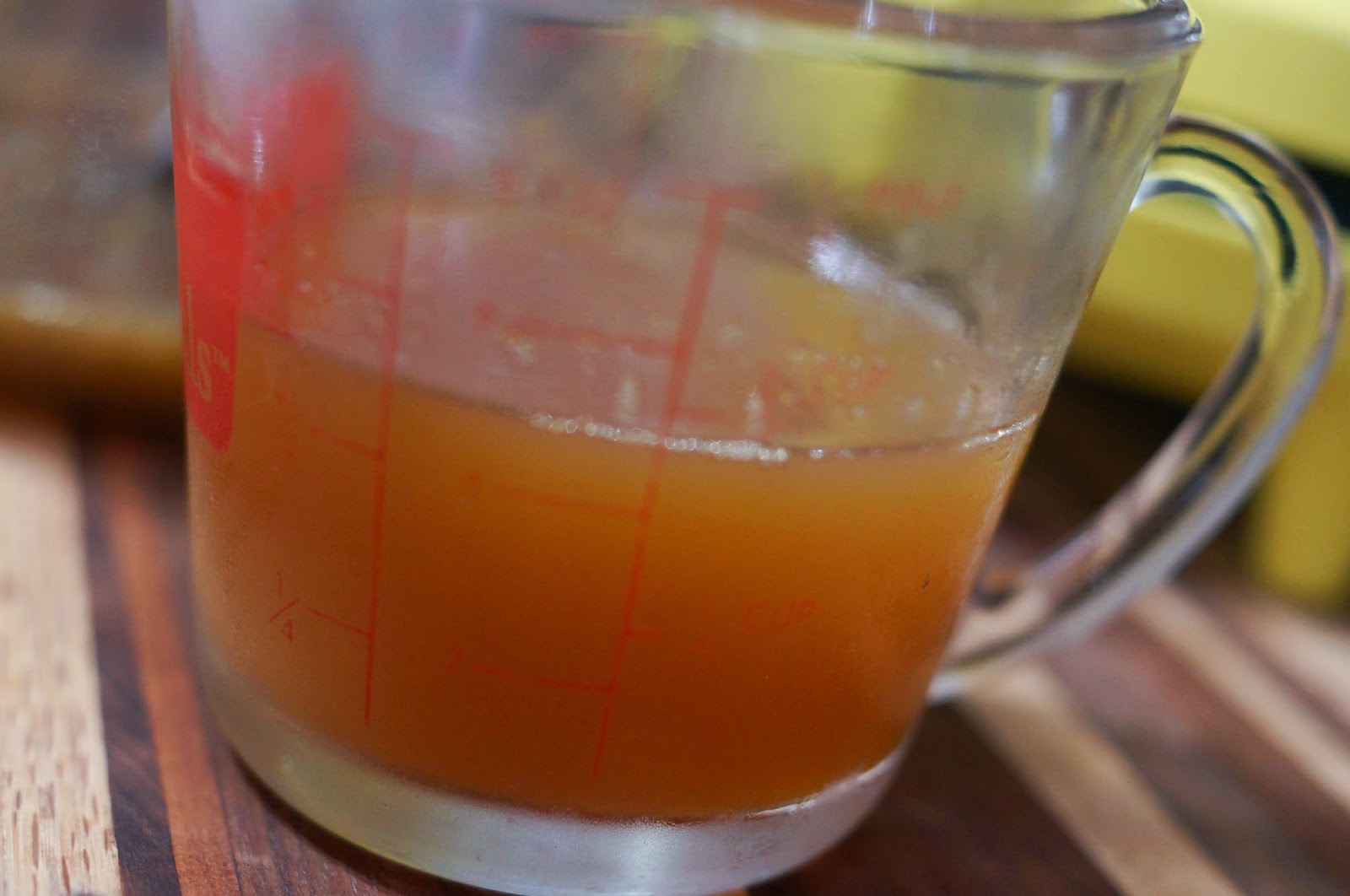 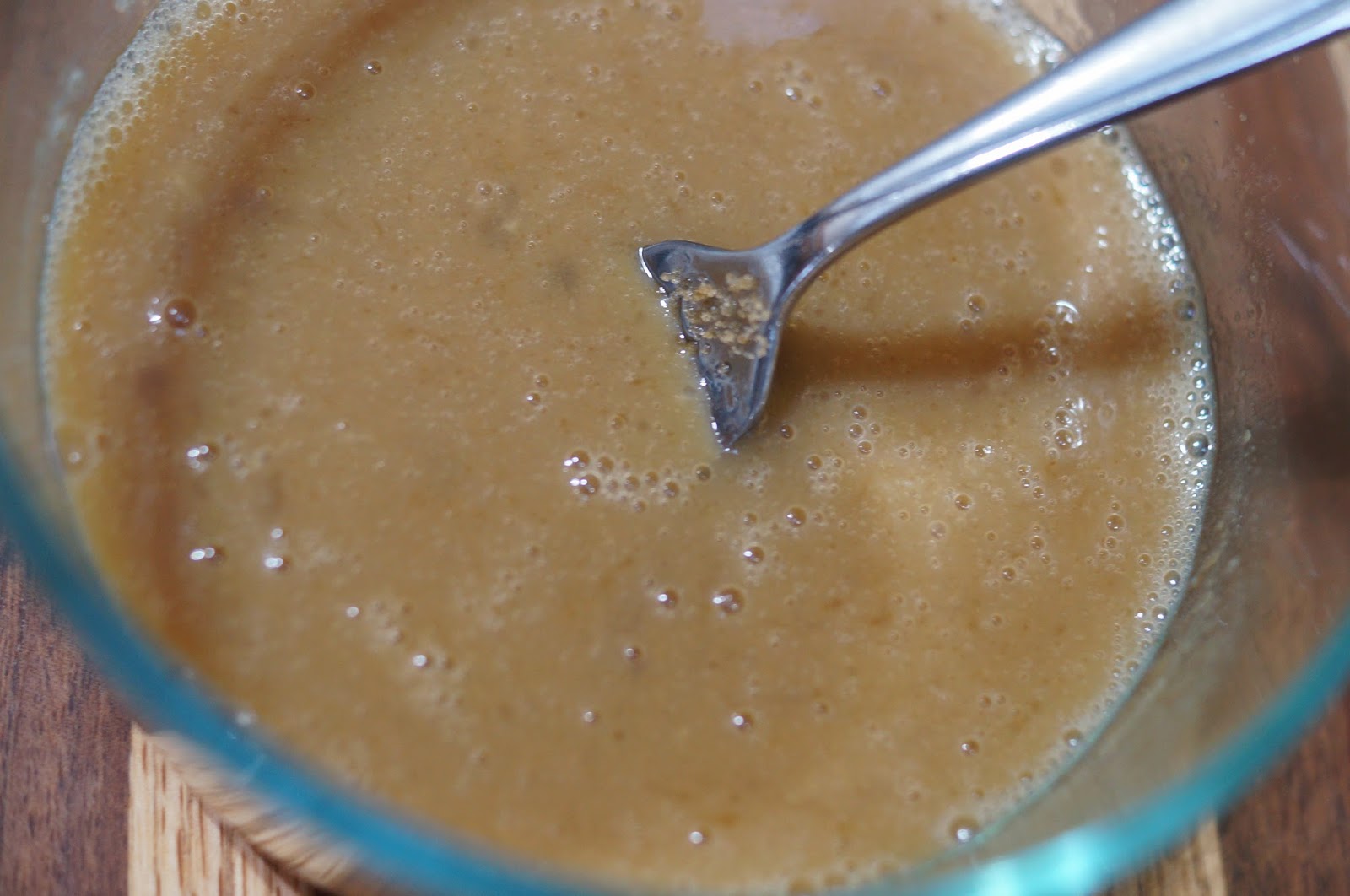 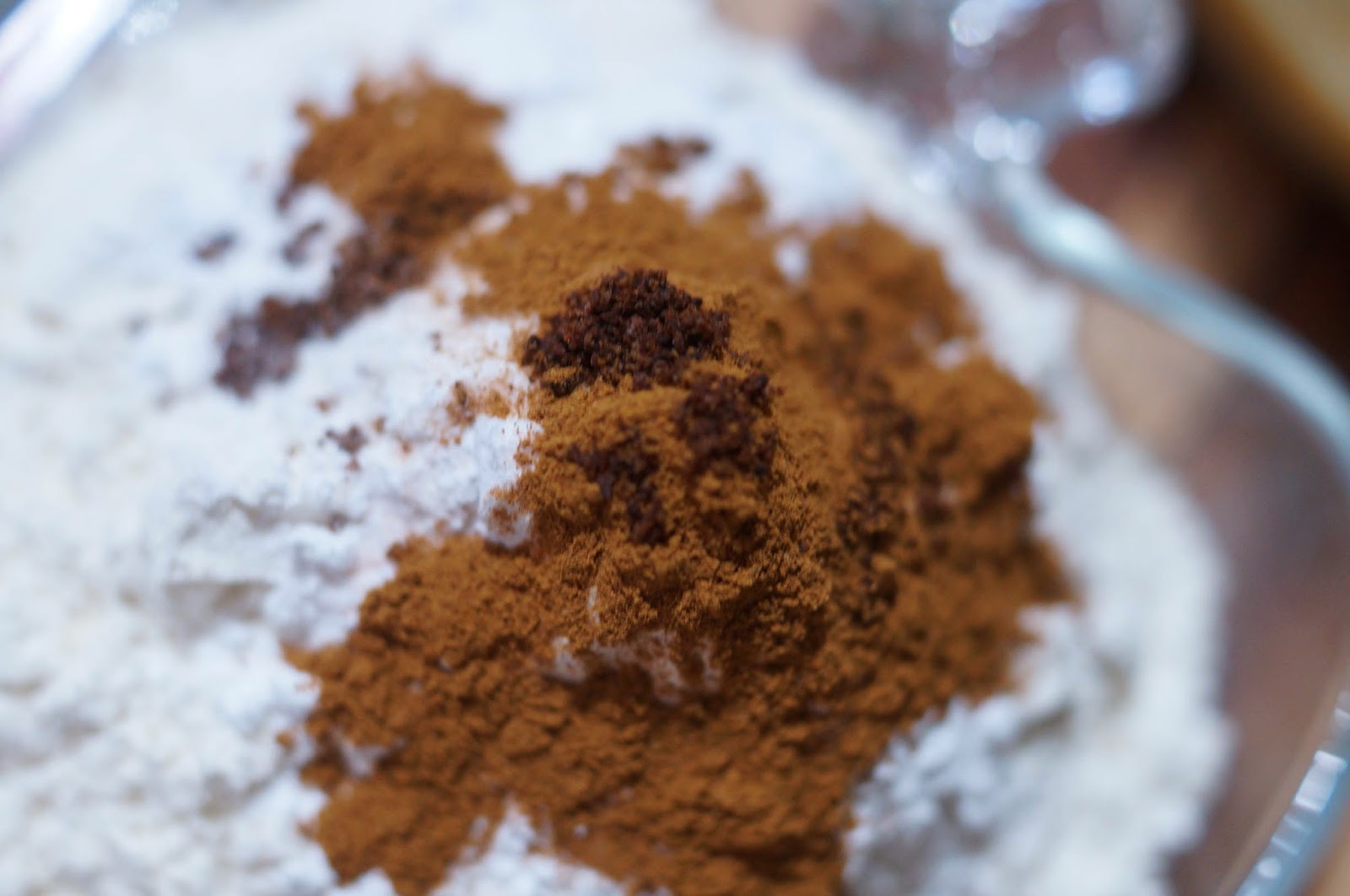 Add dry to wet and mix just until blended. 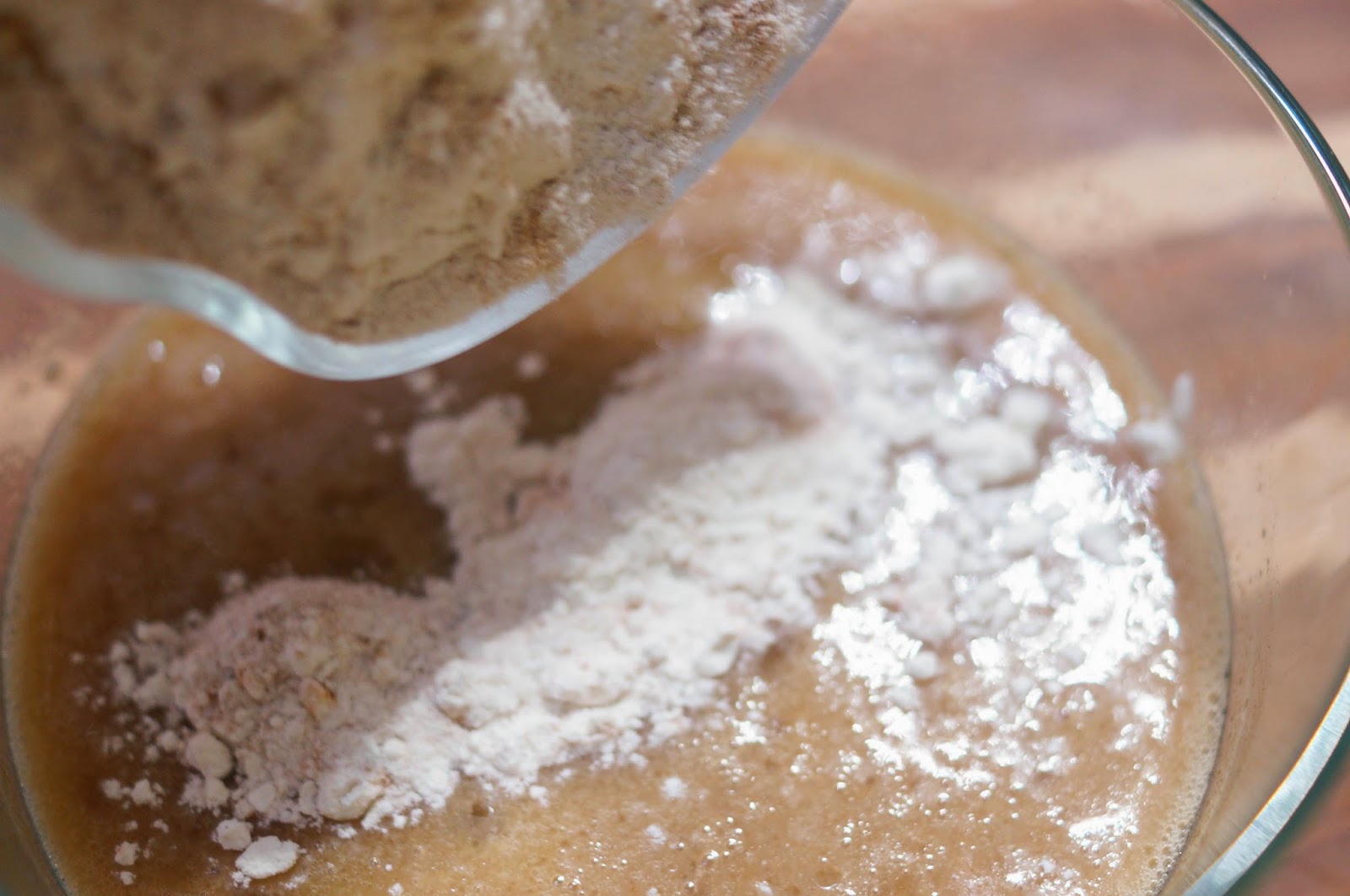 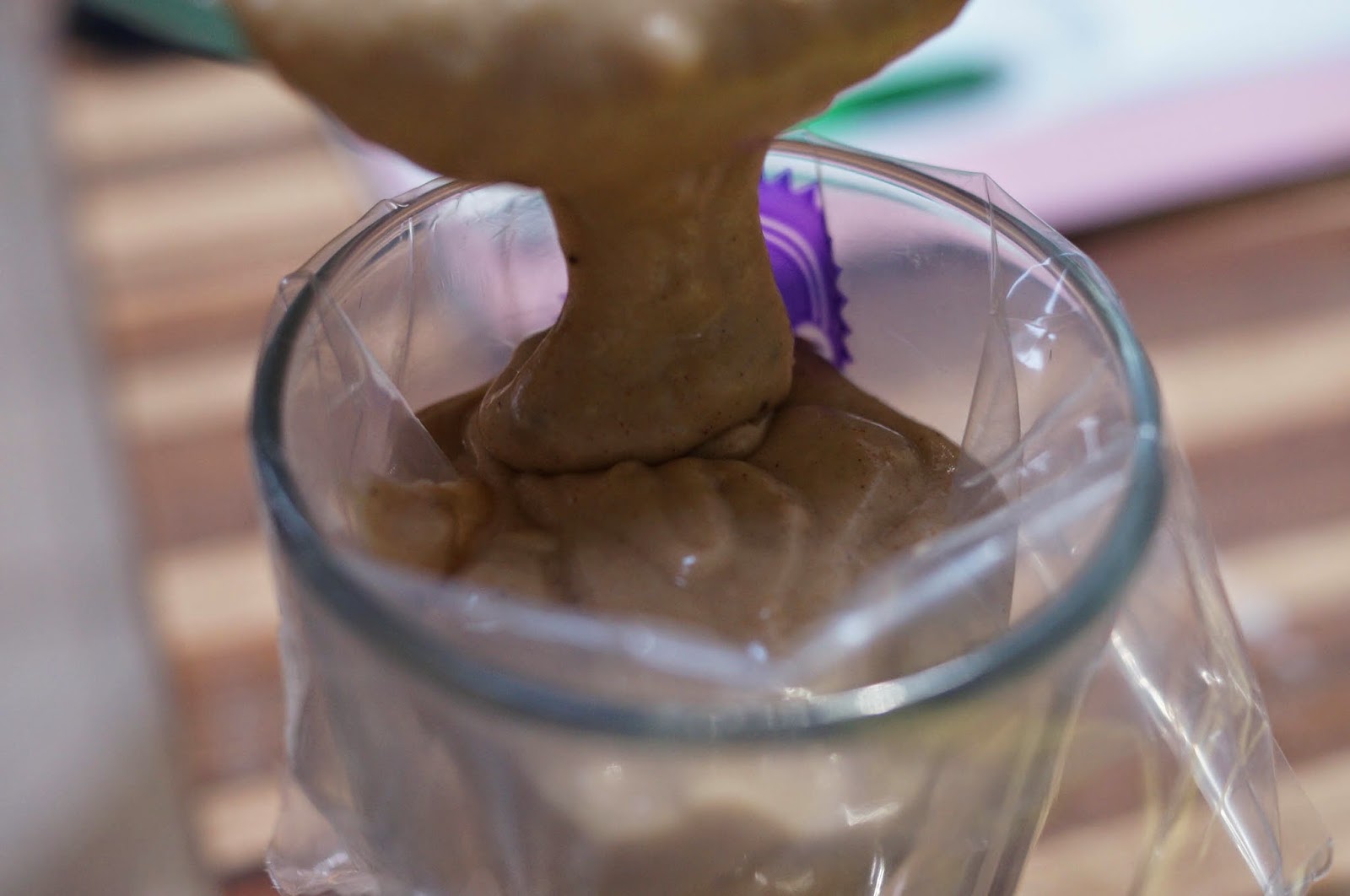 Snip end off and squeeze batter into hot donut maker. 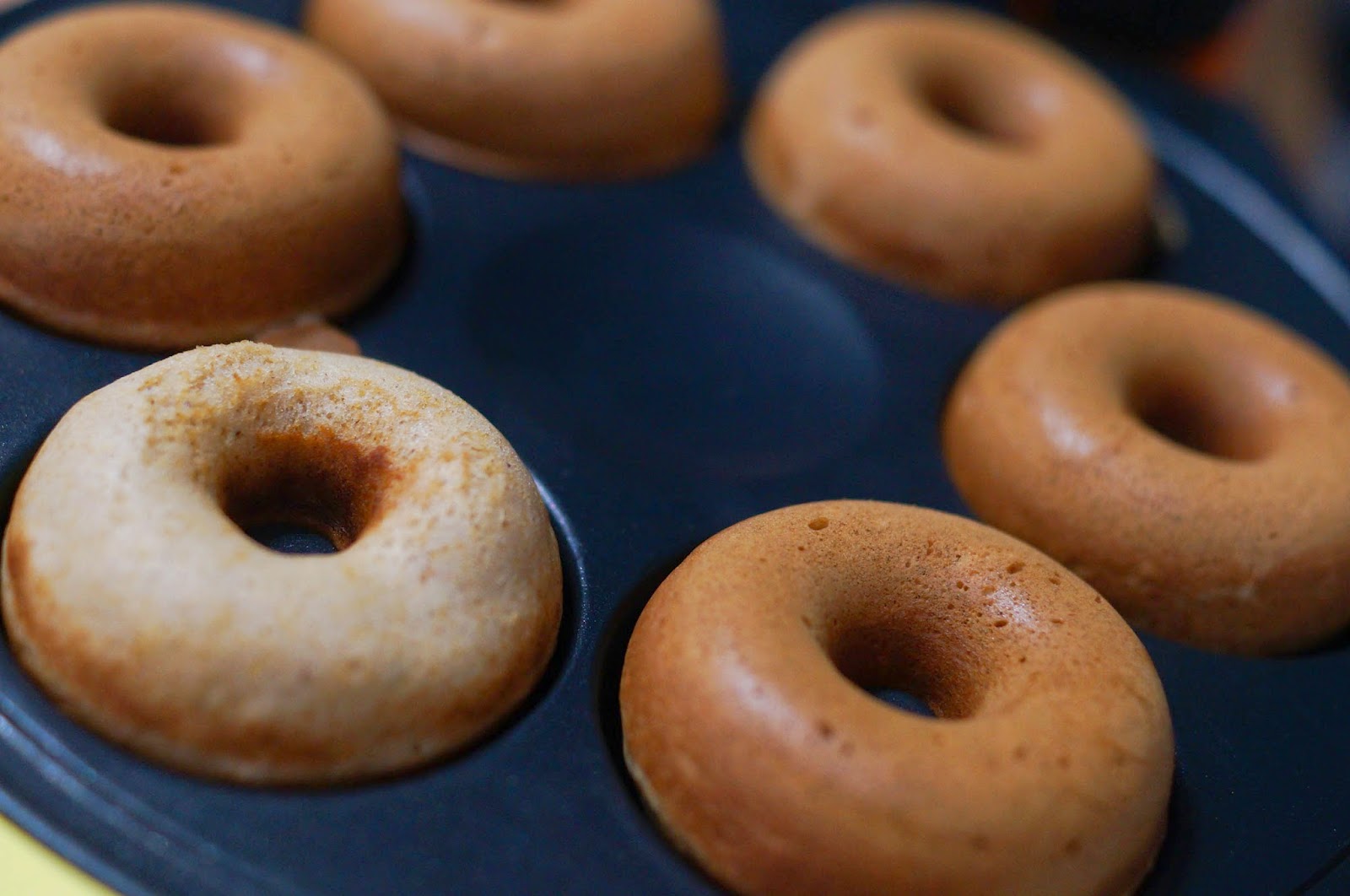 For cinnamon/sugar coating:
Melt butter in small glass bowl. Mix together the cinnamon and white sugar. 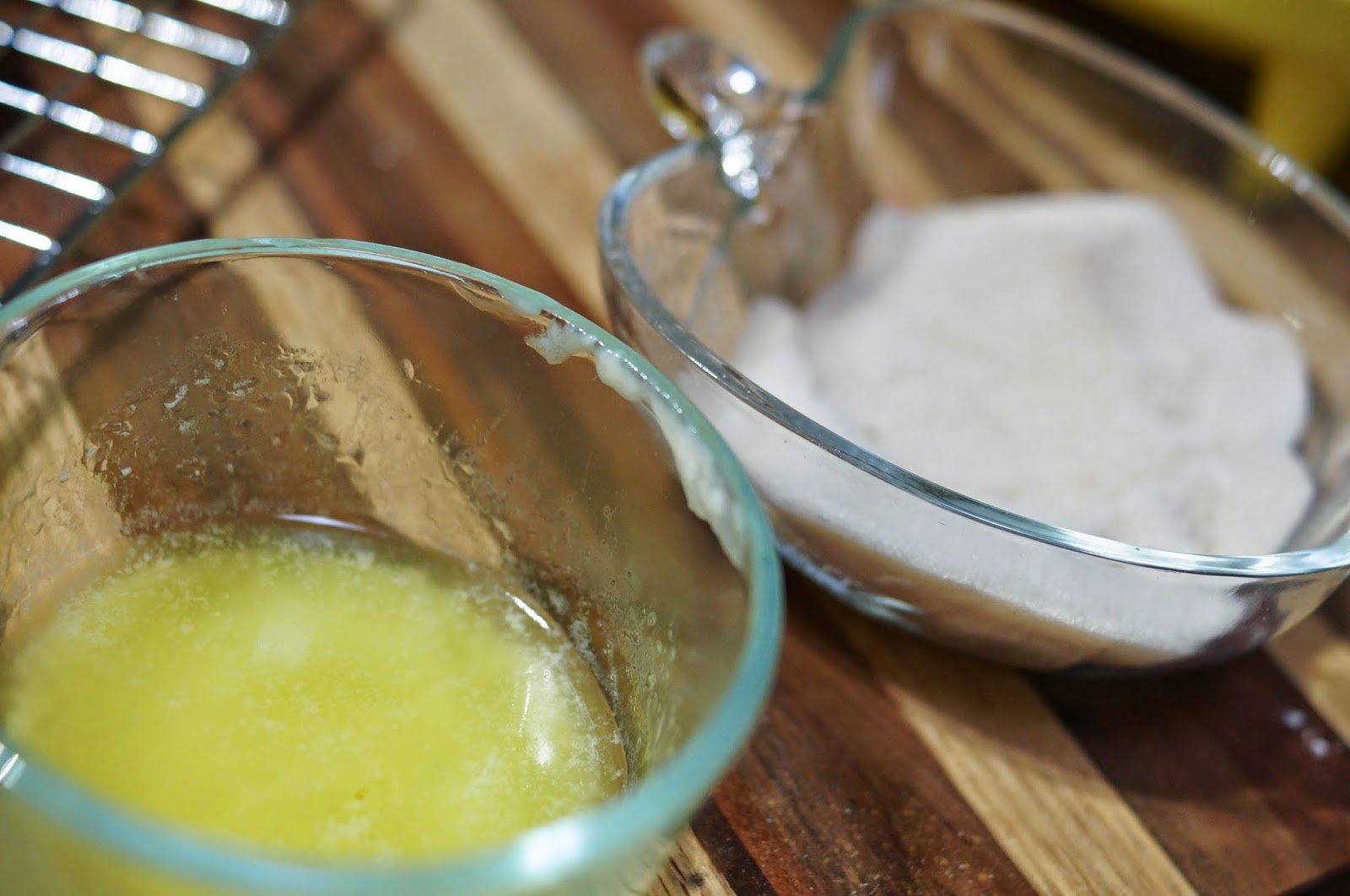 Brush butter lightly onto all sides of the donut. (Do not dunk to coat, they will be soggy and soak up too much sugar.) 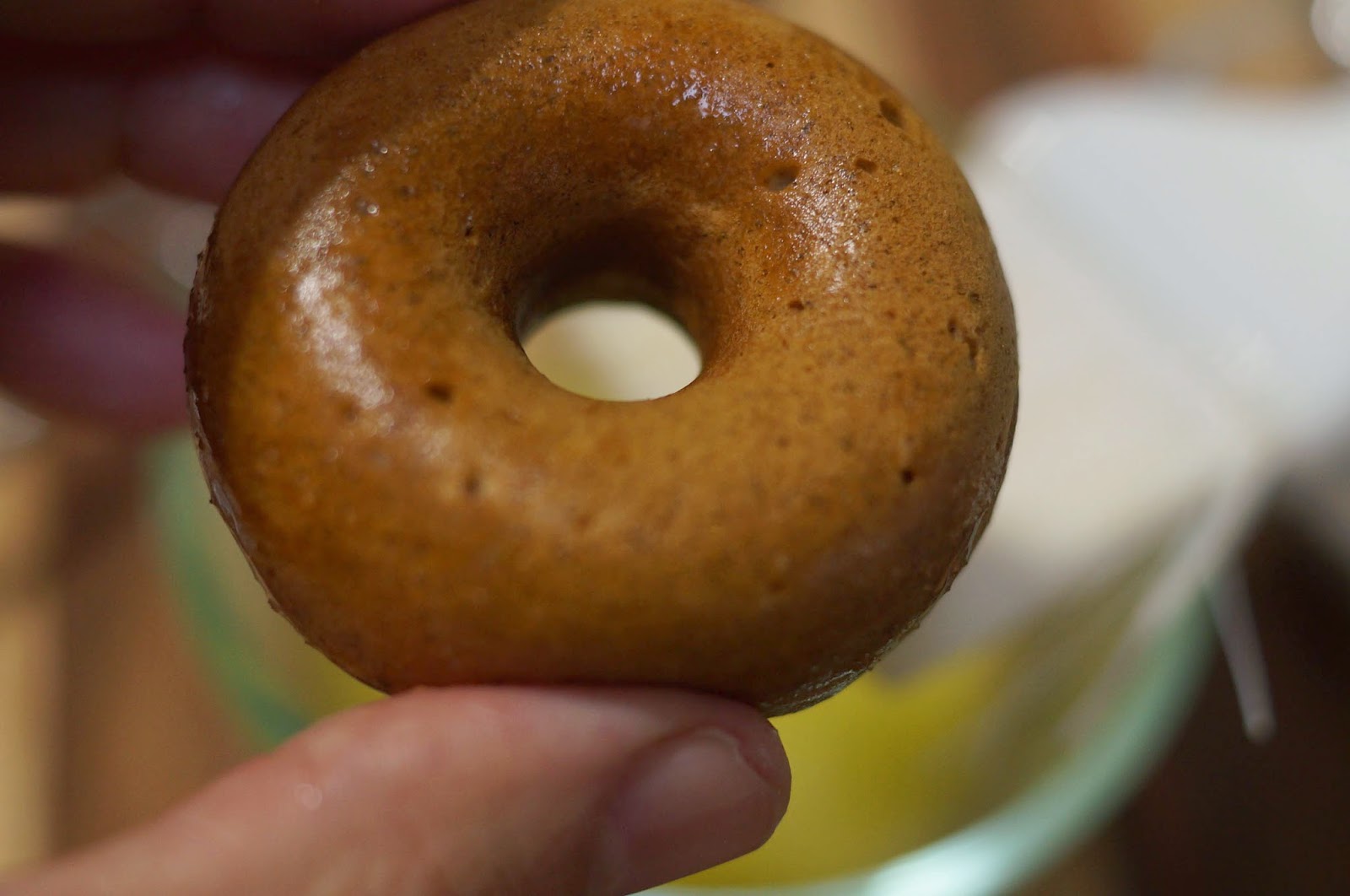 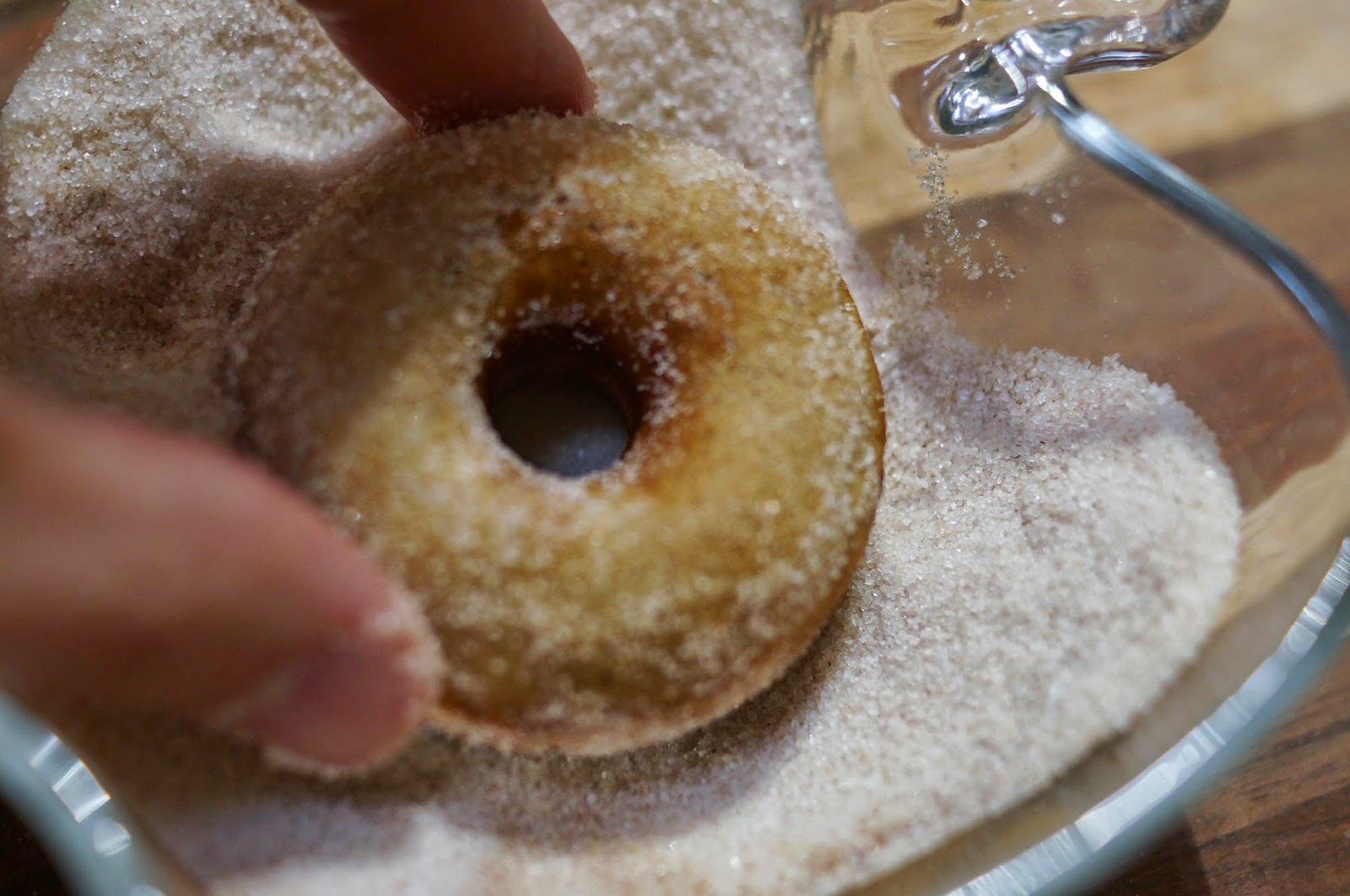 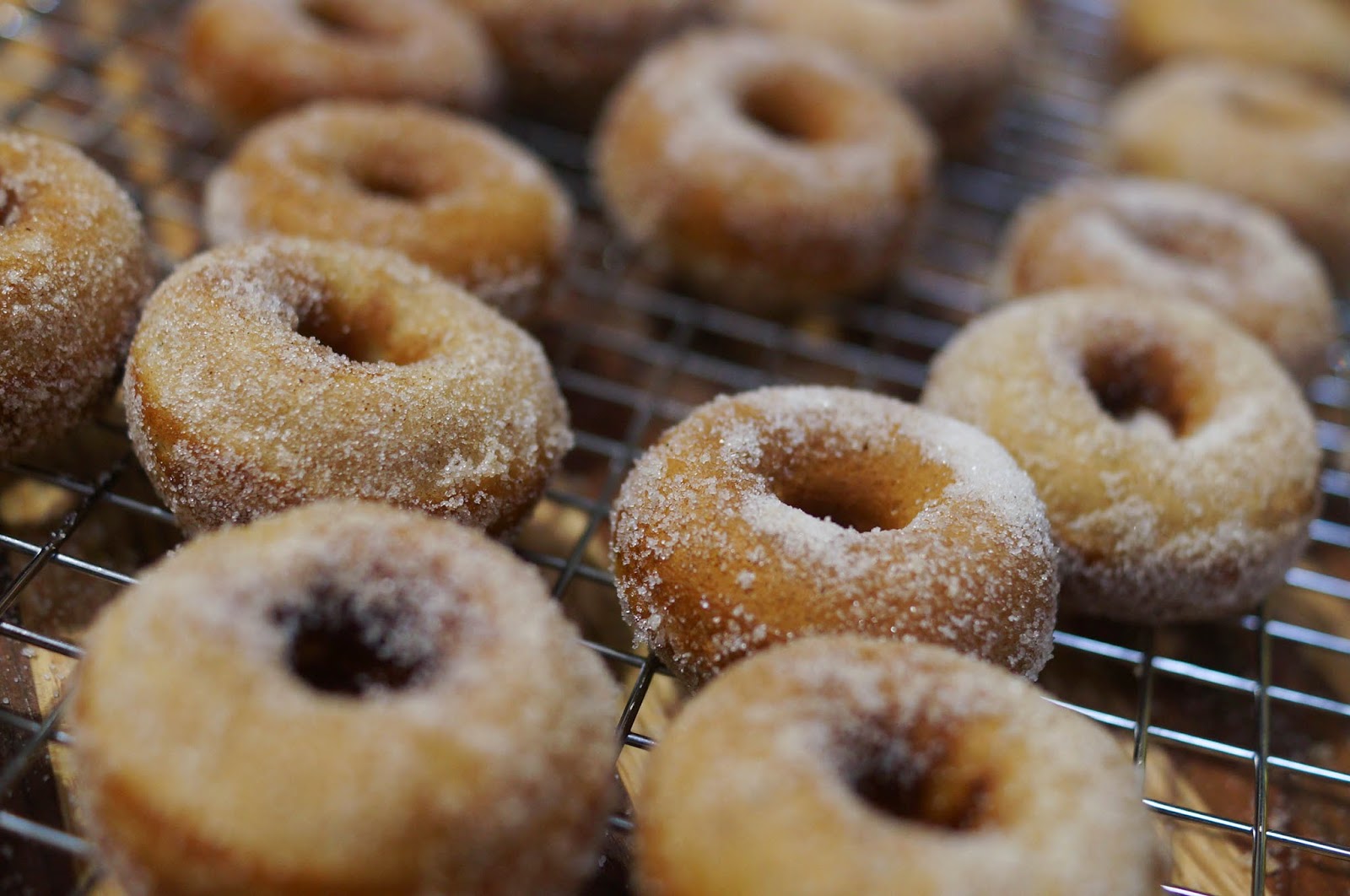 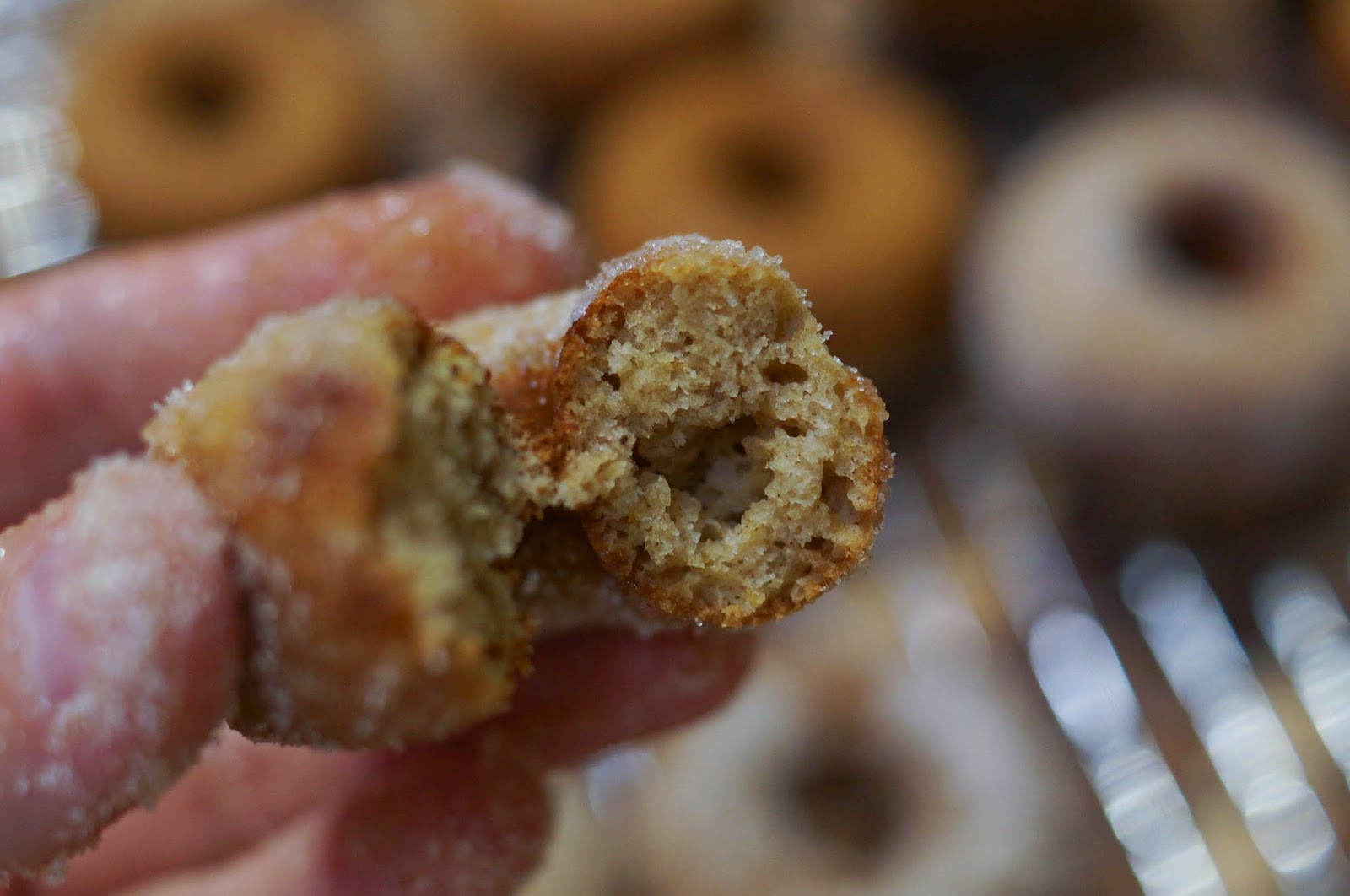 Donuts can be frozen. 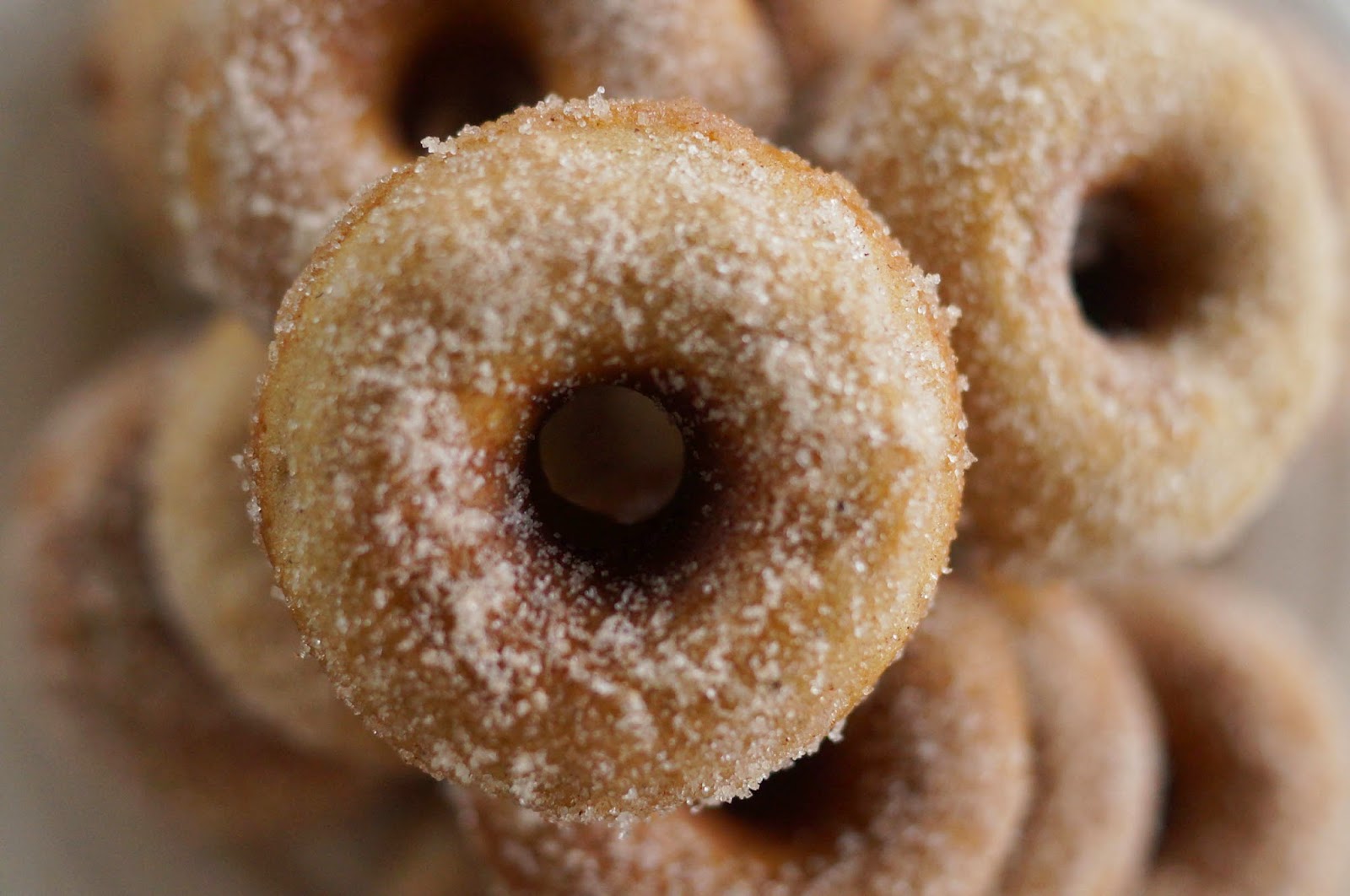 For an apple cider glaze:
Put your powdered sugar in a bowl and slowly add some apple cider stirring until it's the right consistency .  You don't want the glaze stiff like frosting but you don't want it thin like milk.

Dip the donut tops into the glaze.  I chose whichever side didn't look as nice. (I used my eggnog donut photo for you to use as reference.) 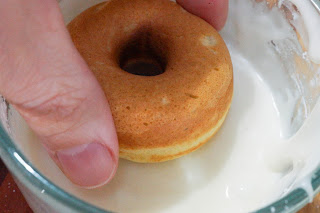